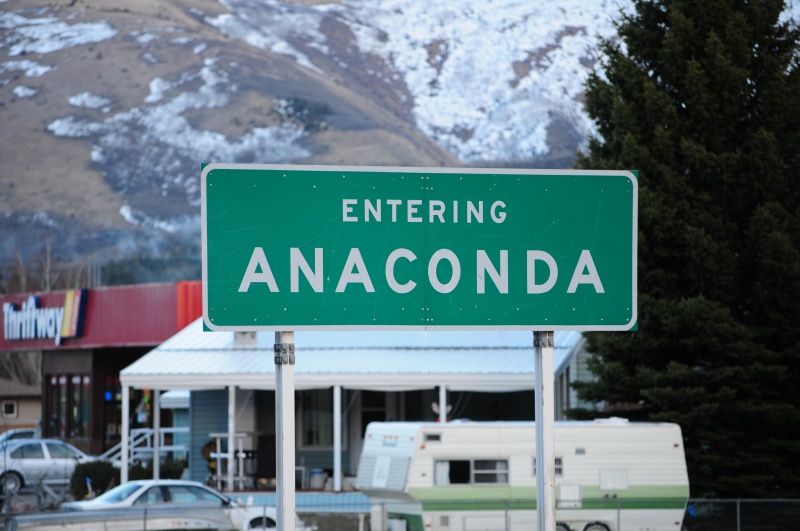 Anaconda is the installation program used by Fedora, Red Hat Enterprise Linux and some other distributions.

During installation, a target computer's hardware is identified and configured and the appropriate file systems for the system's architecture are created. Finally, anaconda allows the user to install the operating system software on the target computer. anaconda can also upgrade existing installations of earlier versions of the same distribution. After the installation is complete, you can reboot into your installed system and continue doing customization using firstboot .

anaconda is a fairly sophisticated installer. It supports installation from local and remote sources such as CDs and DVDs, images stored on a hard drive, NFS, HTTP, and FTP. Installation can be scripted with kickstart to provide a fully unattended installation that can be duplicated on scores of machines. It can also be run over VNC on headless machines. A variety of advanced storage devices including LVM, RAID, iSCSI, and multipath are supported from the partitioning program. anaconda provides advanced debugging features such as remote logging, access to the python interactive debugger, and remote saving of exception dumps.

If you are a user having problems with anaconda, please use the user support forum for your distribution such as Fedora Forum . There are a few useful documents for users under UserTips , but generally, this is dedicated to developers and advanced users of anaconda.

From time to time, we may distribute updates for anaconda to fix problems in Fedora releases. The updates wiki page explains how to use these updates images.

Need to see what's changed from release to release? See our migration guide which summarizes changes for users, rebuilders, and contributors.

For information on how to customize anaconda and trees created with it, please see BuildDocProject and Customization .

Anaconda is primarily written in the Python language . The graphical front-end of anaconda is written with pyGtk library and glade interface description files . Using Python for the majority of the installer code allows for easy distribution of updates and the quick development of new features. The loader, which handles loading the large main portion of anaconda, module loading, and other boot up tasks, is written in the C programming language. Some other minor hardware-specific portions of anaconda are also written in C. In addition, bash and python scripts are used for some administrative scripting duties.

The entire Anaconda package is distributed under the GPLv2.

There is also the #anaconda IRC channel on irc.freenode.org. This resource is for discussion of anaconda development, not for distribution customization questions.

If you want to work on Anaconda, you should start with the Source Overview , which contains a high level discussion of the source files and what they do. Then look at the stage1 development guide and the stage2 development guide for information on how to test, debug, and develop for these two parts of anaconda.

Familiarize yourself with the tools that anaconda uses. Check out the following external reference documents:

Once you're up and running, you should check out future work items for anaconda to see what we'd like to have done.

There's also some tips on the building anaconda page describing how to compile and create a new version of the anaconda package.

The anaconda API reference is an ongoing effort to document the anaconda source code. This is far from complete, but getting better all the time.

The primary methods of distributing the anaconda source are source RPMs in the Fedora development tree and git. To access the current source code in in non-rpm format, you'll need to install git.

Note that several related packages will be installed as well. After the git source code management tool has been installed, then you use anonymous git access to the Anaconda repository.

The output may look similar to the following:

If you have committer access to anaconda, then you will want to use the git+ssh access url.

Once you've committed changes locally, you can push them with

If you would just like to browse the Anaconda git repository via the web, then please use one of the following two Anaconda git URLs .

To contribute you should read our Branching policy first.

If you are having difficulty installing, please file the problem report with your distribution vendor.

Before filing a bug, please read up on How to debug installation problems, which will tell you how to fill out useful bug reports that will help us quickly solve your problem. Also try searching bugzilla for other reports about your problem, as some bugs are often filed by several people.

CommonBugs is a list of common anaconda bug reports you may wish you check before filing a duplicate.

AnacondaBugWorkflow is a guideline to how Fedora anaconda bugs pass through bugzilla, and what all the various statuses really mean. This is only for Fedora.

From left to right, the following people are the anaconda team and are responsible for the majority of commits. Of course, we get help from other people both from Red Hat and from the volunteer community as well.