Difference between revisions of "Architectures/ARM/Team and Developers" 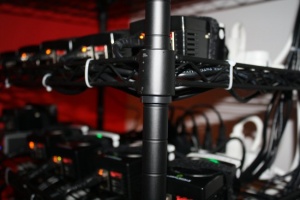