Difference between revisions of "FAmSCo report 2010"

What is this section's purpose?
This section gives some quick health indicators about how much FAmSCo is communicating. Sometimes FAmSCo members can't make a meeting due to travel or conflicts with their $DAYJOB, but the combination of meeting attendance plus email is a nice metric.

This year, FAmSCo has held 26 FAmSCo_meetings. Overall attendance has been: 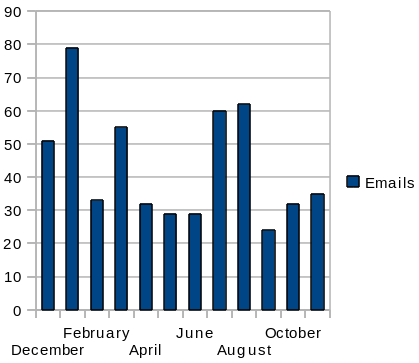 What is this section's purpose?
This section discusses the non-regional achievements within either FAmSCo or the larger Ambassadors project from this month.

Where does FAmSCo's budget come from?
The FAmSCo budget rolls up into the larger Community Architecture expenses. On that page, FAmSCo's budget is represented by the "Regional support" line item.

We are currently on pace to finish under budget.

However, there are expenses from India/APAC from earlier in the year that still need to be found and accounted for, which will increase our total spend once they are accounted for. 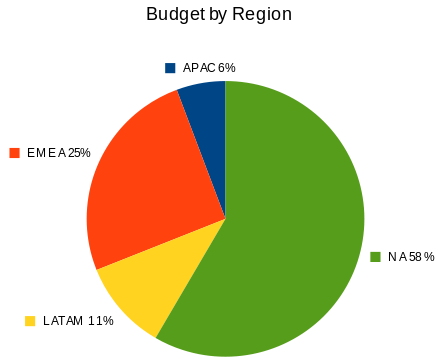 From December 2009 till November 2010 a number of at least 183 Events overall was held through the amazing work of our Ambassadors.(after consulting dramsey - the Akihabara for the APAC Region was counted 1 Event for every 4x2h)

Over the years we could constantly increase our Event participation 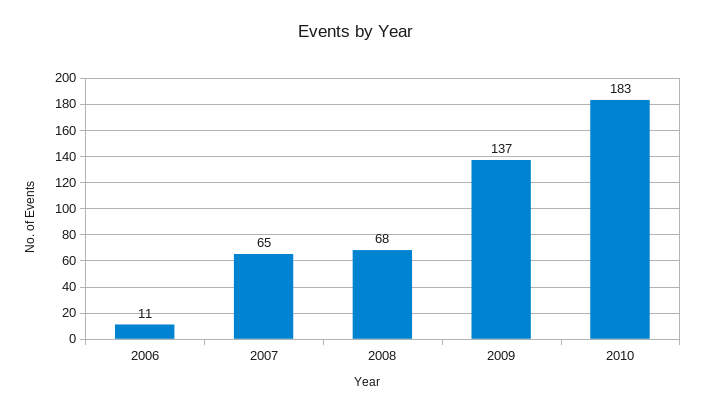 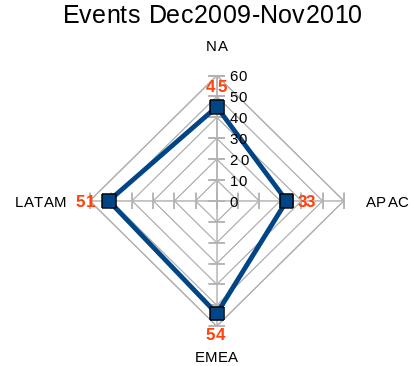 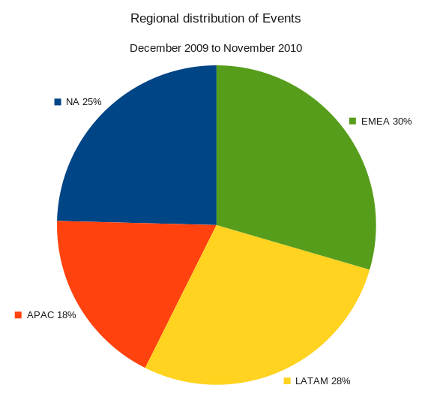