My prime motivation to choose Fedora is the Design team project I've decided to contribute to. It is in line with my summer goals, and being a hobby designer myself, I look forward to connecting with other designers to discover new ideas, and observe how they work. Furthermore, I'm a FOSS fan, and have known Fedora to be a large and diverse organization, doing extensive projects ranging from artwork to robotics.

Being a student new to Open Source, I look forward to being involved with an organization which has an exciting culture and community. I aim to stick around and become a long term contributor across diverse areas, and Fedora gives me exactly the opportunity.

Past involvement with Fedora/Open Source

Since I am new, I don't have any major contributions yet. I'm really excited about starting my Open Source adventures with Fedora. As a starting point, I have made around 5 patches to the summer project I want to work on.

Also, in the last month or so, I contributed the following to Mozilla:

Past participation in GSoC

This is my first attempt at GSoC.

There are quite a few improvements on this summer project that would be really nice to have, but might not be within the scope of the coding period. I've also discussed the project with Emily (User:Emichan) and Máirín (User:Duffy), from the Fedora design team, professors from my university, and a few other independent designers and developers I know personally. All of them had valuable suggestions that could make the project more powerful. My first goal after this program would be to implement such improvements.

I use Fedora and I love it. Once I do some more reading on Operating Systems, I would want to explore further. Hopefully, through this summer project, I will interact with people working in varied areas, and make useful contacts who'll help me and introduce me to interesting projects by Fedora. As an attempt to stay updated, I follow Fedora's various mailing lists regularly. I am open to being assigned any project that matches my skills.

Of course, I will maintain anything I develop, and contribute more wherever I can.

I spent my first year in University volunteering at FOSS events organized by my seniors. Now in my second year, I have become a fan, and now a dedicated user of FOSS products for all purposes. This summer, I want to give back. While building on skills I already have, I want to learn more from people from the vibrant Fedora community. I consider GSoC to be a prestigious learning opportunity, where I can make lifetime connections, and after which I can identify myself as part of a team whose products I constantly use. I can give 50 hours a week to the project until mid-July, and 40 hours thereafter. I might have to take a few very short breaks in between, but I have tried my best to reflect them in the timeline.

Some other relevant points:

The need I believe the project fulfills

"We become what we behold. We shape our tools, and thereafter our tools shape us." -Marshall McLuhan

How I plan to implement the proposal 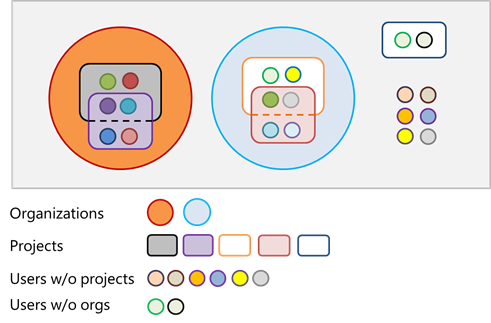 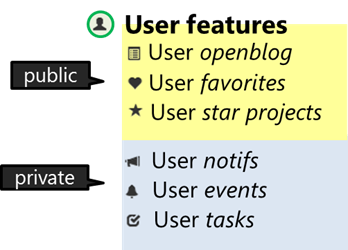 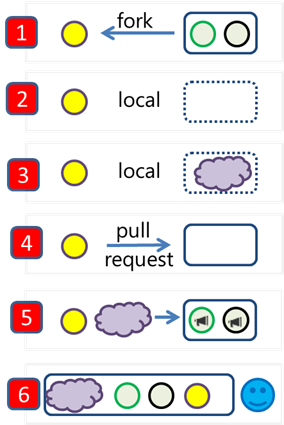 I'll follow an iterative behavior driven development methodology. My timeline also makes space for me and my mentor to discuss the progress at least once a week, worst case. Each iteration takes up two-three weeks of time, in the following order:

I will start with the more lightweight components, as they'll give me the perfect start to get comfortable. Features are explained in brief in the implementation section.

Work on more core components. Done in a prioritized manner, with the most desired components coming first. Note: I will be on travel for about 4 days (July 14 - July17), as my classes will resume in this period.

Longest iteration. Once the Git front-end is setup, it's logical to work on the GitHub model of forking/pulling projects, while customizing certain aspects such as letting multiple admins own a project, and so on. Note: I will be attending PyCon in August, so 3-4 days won't be very productive.

Final deliverables as part of the summer coding period would now be over. This space is for code scrub, and for implementing the features mentioned under the "Future developments" section.

One of the iterations failing to complete on time

Fundamental bugs in OpenShift due to which the architecture cannot work

Emily Dirsh has offered to mentor me.