Difference between revisions of "PlayStation" 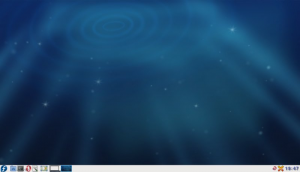 If you don't have a USB disk, you can use any sort of media that the PS3 can read - CDROM, DVD, compact flash, etc. Just make sure that the file is called /PS3/otheros/otheros.bld.

When petitboot starts, it will try to find existing Linux installations, by looking for /etc/kboot.conf, /etc/yaboot.conf or /boot/petitboot.conf files on any storage device connected to the system. Each discovered device will appear on the left-hand pane of the screen, and bootable options appear on the right.

You can navigate the boot options with the arrow keys (if you have a USB keyboard connected), or the D-Pad on the PS3 controller. If you're using a PS3 controller, you will need to have it connected via the cable; wireless controllers aren't supported (yet!).

If you only have a blank screen with no device icons, then petitboot has not found any bootable options. You can flip to a text console (using Alt+F1) to investigate.

If you're using the petitboot console (either by hitting Alt+F1, or logging-in over the network), you have a fairly standard Linux system available. Some notes:

How to reset ps3 video