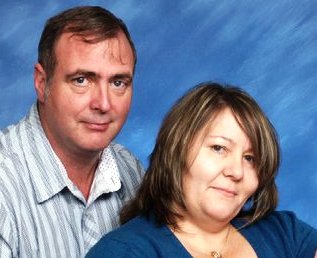 My name is Andrew, I am a retired Navy Enlisted Electronics Technician that holds a CCNA, and COMPTIA Security Plus Certification with many years of experience with networks and various operating systems. I was exposed to Fedora by another retired service member and have loved it ever since. In those earlier days I started with Fedora Core 6 on an old laptop along side with Red Hat. I now perfer to use Fedora 20 over the windows products. I find that the more I use Fedora the more I enjoy the features and ease of configuration of various platforms. I now have 8 of the 15 machines I personally own running Fedora 20.

Recently I took on the responsibility of becoming on of the FEDORA Ambassadors promoting the best product and service available. This is a major step in achieving personal and professional goals. Recent events that I participated in was at the Southeast Linux Fest (SELF) in Charlotte NC for the past Three years (2012,2013,and 2014).What a Blast. We by far had the most representatives present than any other Table. I believe that our success stems from the Ambassadors Group within FEDORA and the product we represent. http://www.southeastlinuxfest.org/

The upcoming 2014 season will be exciting and challenging. I plan on attending a minimum of 3 events (two down, one to go), two being a mainstay with me include and Charolette (http://www.southeastlinuxfest.org/), Orlando (http://wwwofossetcon.org), and Columbus Ohio (http://www.ohiolinux.org/).

I got involved in the project about 3 years after my husband became an Ambassador. I noticed that the community was a tightly knitted group of professionals and volunteers that inspired me to get involved. Although I am an entry level user and have helped with various small things during events, I thought it was time I to become as involved with the project in anyway that I can help. I look forward to meeting new people and doing much more with the project. Recent event attended was Ohio Linux fest 2014 where we rocked the booth.

I am a government employee that works on a large network as the Information Assurance Manager and carry a COMPTIA Security Plus certification and A CISCO CCNA. Currently working on my CISSP

I am currently a Fedora Ambassador and Mentor, I also am quite involved as an active member of the free media distribution, distributing over 300 Cd/Dvd's around the United States, Australia, and Canada. I look forward to talking with other members of the project and future Fedora users.