Difference between revisions of "User:Fleite" 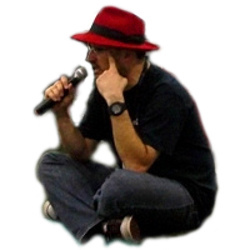 I have been using Linux and Free Software for over 15 years, having used Slackware, old Red Hat Linux, Debian, Conectiva Linux (worked there for 3 years) and even dropped Linux for OpenBSD for some time. In 2006 I started working for Red Hat, so using Fedora was a natural choice. Regardless of the fact that I work for Red Hat, Fedora is for me the best mixture of innovation, stability, user-friendliness and freedom, so I try to advocate Fedora wherever I go.

I'm a fairly active/vocal member of the free software user groups I participate, frequently giving out talks and organizing events via the local Free Software Users Group I founded, OeSC-Livre, and via the Free Software Users Group of the state where I used to live, TcheLinux. I've been presenting talks to classes in local universities when I get the chance, and serve as a Fedora Ambassador for the Western Santa Cataria region in Brazil.

As of 2013 I've been trying to do more Fedora-specific activities, so I'll see about organizing Fedora Activity Days in the local universities (or coffee shops).

This is what I wrote years ago when I first did this page:

I am organizing weekly informal meetings, which I'm calling Café com Linux because we simply gather together on a wireless-enabled coffee shop. Every Thursday around 18h30, we will gather together at the same place and discuss a theme that I am proposing (via email to the OeSC-Livre list every Monday), presenting practical things directly on a notebook and encouraging people to try on theirs as well. The themes will cover just about everything Free Software. How it began, why we do it, the history of Unix systems, efficient shell usage, programming, desktop things, all things related to the Free Software culture.

I cannot expect the young people here to know who Ken Thompson or Linus Torvals are, so we'll just cover everything. Hopefully that very simple activity will achieve two important goals: getting interested people used to gathering together and discussing important topics regularly; and slowly spreading the length and breadth of the cultural elements that form the Free Software culture/world/movement. We've done the Café com Linux a few times, and there is always someone new. I hope we will not fit into a coffee shop in some time, and then we will need a larger place (which means the mission of the Café com Linux gatherings will be accomplished). This is local community bootstrapping! :-)

These days OeSC-Livre has nearly 300 members and on 2011 and 2012 we've had nice Free Software events in most of the main cities in the region. 2013 is starting a bit lazy, but we have two cities doing FLISOL, and I'll see about organizing Fedora Activity Days throughout the year at the universities in Chapecó, as well as present Fedora-oriented talks in other events nearby.

This a quick listing of the Fedora resources in my possession, and that I use while representing the Fedora Project.

I remember receiving from a former brazilian Fedora Ambassador, Rodrigo Padula, something like 100 CDs/DVDs, assorted stickers and buttons, 100 flyers and the banner cited above back in 2010 or so. I distributed those resources (except for the banner, of course) in various events in that same year or the next that were organized through OeSC-Livre. I cannot provide an accurate account of where those were used, as I did not keep any notes or counts. I'll be sure to provide an account of where my Fedora resources go in this section from now on.