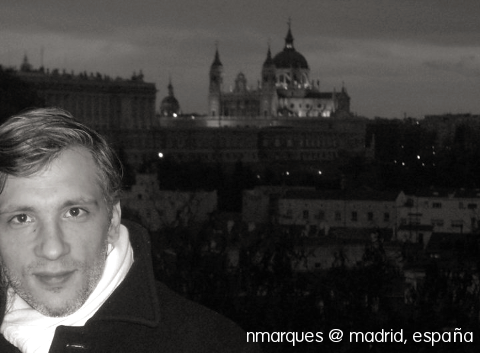 My name is Nelson and I'm Portuguese. I'm a Linux enthusiast and I joined Fedora Marketing Team, where I've been learning lots of things in several fields. At a later stage I've joined the trans_PT team to help providing better contents in my native language, Portuguese (by localization pt_PT).

Some of my hobbies (past and recent):

Project Fedora Marketing Team is like having a first row ticket into something wonderful, the Fedora Community. Far from being a traditional knife cutting marketing department, it's a sane world where people coexist peacefully and help creating something wonderful, Fedora Linux. Nothing in academical or theoretical therms can prepare you for such an exciting adventure.

By the way, we do real work!

This area is dedicated to some other things I've done. Not actually much to say.

The first mod was called "Blue Abomination", featuring a GTK2 theme and Metacity (with ugly icons).

The goals behind this was to explore promotion of artwork in http://www.gnome-look.org. Some report to write later on.