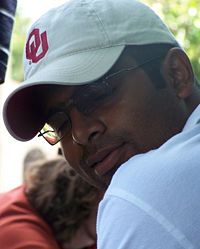 I'm a Graduate AME Student at the University of Oklahoma, with varied interests in computing. I've been coding for almost 10 years now and have participated in a few Open Source Projects like IBM India Open Source Initiative and The Great Minds Challenge, India. I'm a Fedora Ambassador for Oklahoma and Bangalore, India.

I primarily use Fedora for Scientific Computing and Computational Flow Analysis.

I've been with Fedora since FC 2 and have never been comfortable with any other distribution.

to import my key: