I was the first FESCo's chairman not working for Red Hat; that was about in 2006 till Fedora Core and Extras merged in early 2007, when I had to step down from the position due to conflicting interests with my day job. I then helped getting the EPEL effort running and served as the EPEL Steering Committee chairmen till February 2008. In parallel to my Fedora contributions within the Fedora project I did a lot of work for a well know 3rd-party add-on package repository and helped getting the predecessor running, which quickly become the unofficial official Add-On repository for Fedora in late 2008/early 2009.

I'm still keeping a eye on some of the Fedora lists, but not as closely as I used to; so if there is anything Fedora-related you want to know from me or if you need my help with something then better CC me. 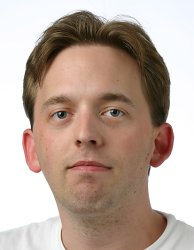