Difference between revisions of "User:Twohot" 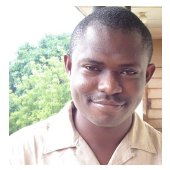 I deliver lectures on Computer Aided Design & Drafting (CADD) and Building Services at the Enugu State University of Science and Technology, Nigeria (ESUT). I hold a Bachelors (B.Sc.) and Masters Degree (M.Sc.) in Architecture while carrying a sizeable passion for computers. I learnt to code in BASIC as a teenager and later added some fundamental knowledge in C++, LISP, HTML, CSS. These days, I do simple automation with Python scripting for Design Applications that support it.

I've participated in various Architectural projects, east of Nigeria, mainly as the anchor person for CADD, Presentation and Design in general. Between 2005 and 2007, I acted in the capacity of a Computer Laboratory Attendant for Architecture Department (ESUT).

My first experience with Linux was in 2006. The Distribution was Ubuntu (Dapper Drake). In 2008, I decided to take the Linux OS seriously when I discovered that it hosts some professional Software for Architectural Visualization and Design. The Distributions supported by vendors of such Applications were mostly Redhat Enterprise Linux, SUSE and Fedora. Fedora became my OS of choice by natural selection.