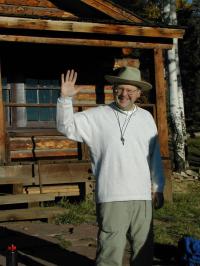 I make my living as an applications programmer and have been involved with computers in some way or another since the early 1980's. In that time I have had a chance to use many different programming languages. My career started with mainframe programming, mainly COBOL, and then progressed into a bunch of different areas. Recent years have seen me as a consultant doing SAP ABAP development. I consider myself knowledgeable about Linux, but definitely not an expert. There is just too much to learn. One of my recent goals is to become LPIC certified. We'll start with Level I and see what happens. I'd also like to contribute more to the Fedora community.

My first experience with Linux was back in August of 1997 when I purchased a 6-CD set at a computer trade show. Shortly after that I installed Red Hat 4.2 on my 386 20-MHz computer with 4MB of RAM. Their wasn't enough horsepower to run the GUI so I did everything from the command line. Initially I learned about Linux by reading HOWTO's and man pages. It was slow going, but after awhile I started to pick up how things worked. One of my earliest successes had to be when I set up a home network that allowed my WinNT box and Linux box talk to each other. My 386 still works and runs Red Hat 5.2 when it is turned on. It was a great test box in its day, but at this point it serves more as a bit of living history.

Since that time I've gone through a lot of computers, upgrades and tried my hand at quite a few different distributions. My little network has grown in size too. I have a modest server that always runs a current version of Fedora. It is a goal of mine to run the latest release and I've been know to test Rawhide on occasion. The Fedora community has been great with fixing bugs and keeping us current on the latest technology. I will continue to try new things, but Fedora/Red Hat will always have a place on my desk since it is where my days with Linux began.