The Fedora RPG is to be a web based social RPG similar to various ones played on Facebook and other "social sites". Players will work on missions and earn "experience points" that can be traded in for online-swag to customize their avatar or other goodies.

The program will be written using free and open tools which means that Flash, Silverlight, and similar tools will not be looked at. Licensing will be something that is FLOSS. 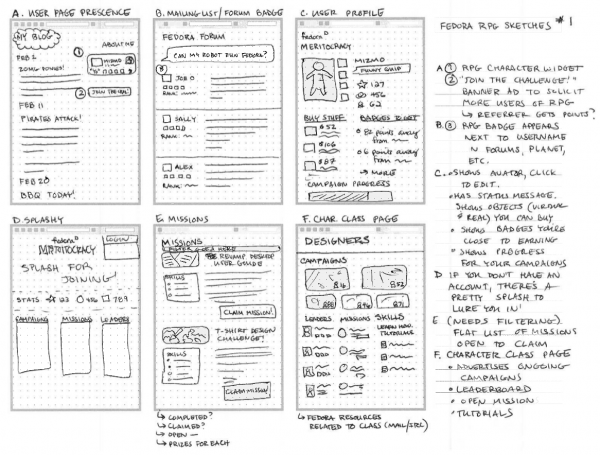 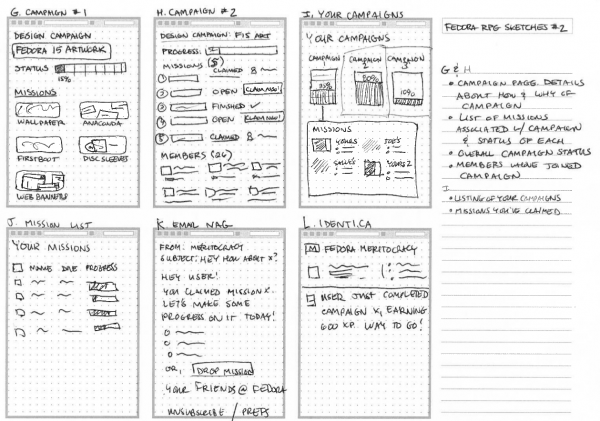 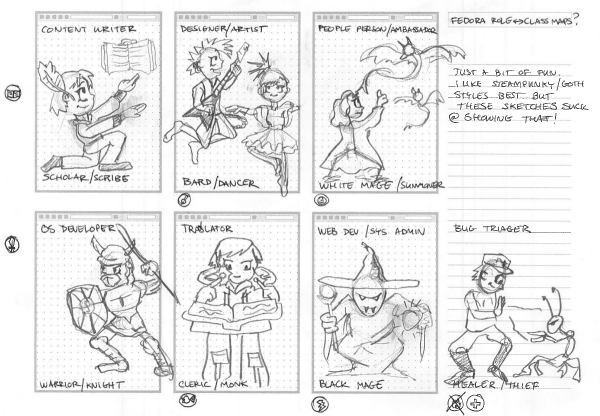 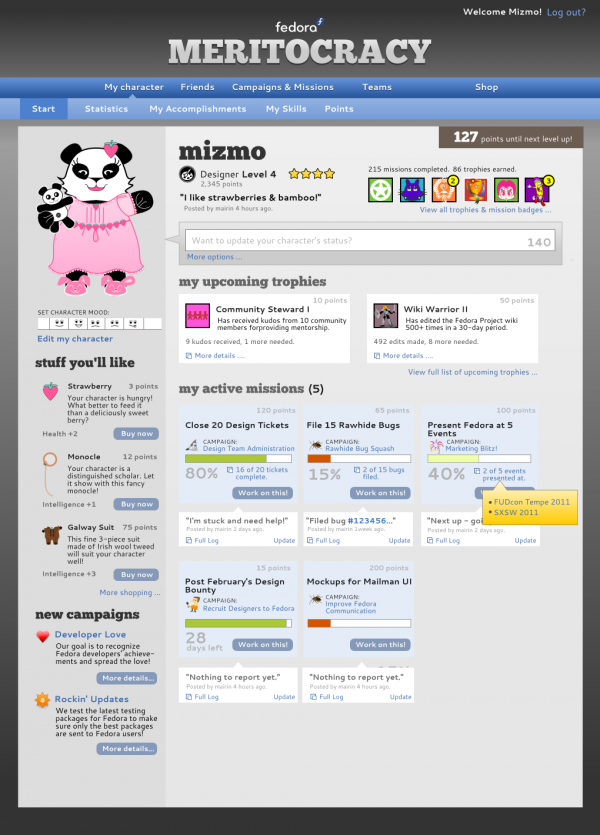