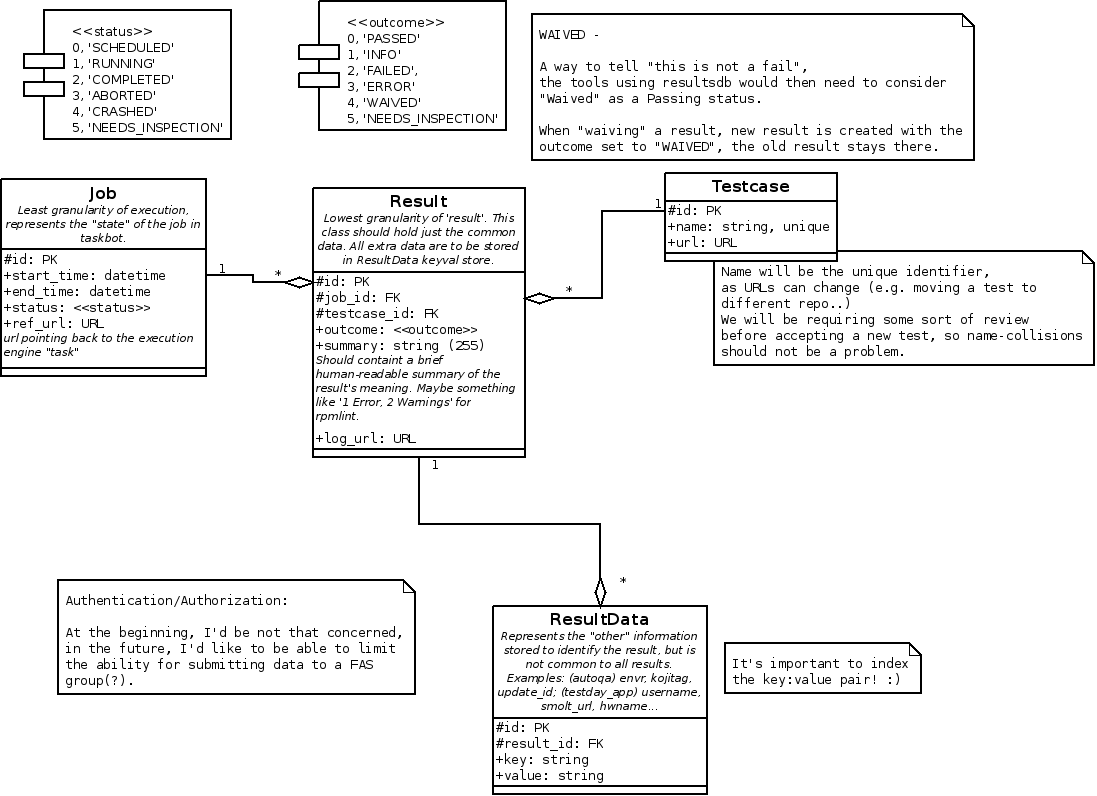 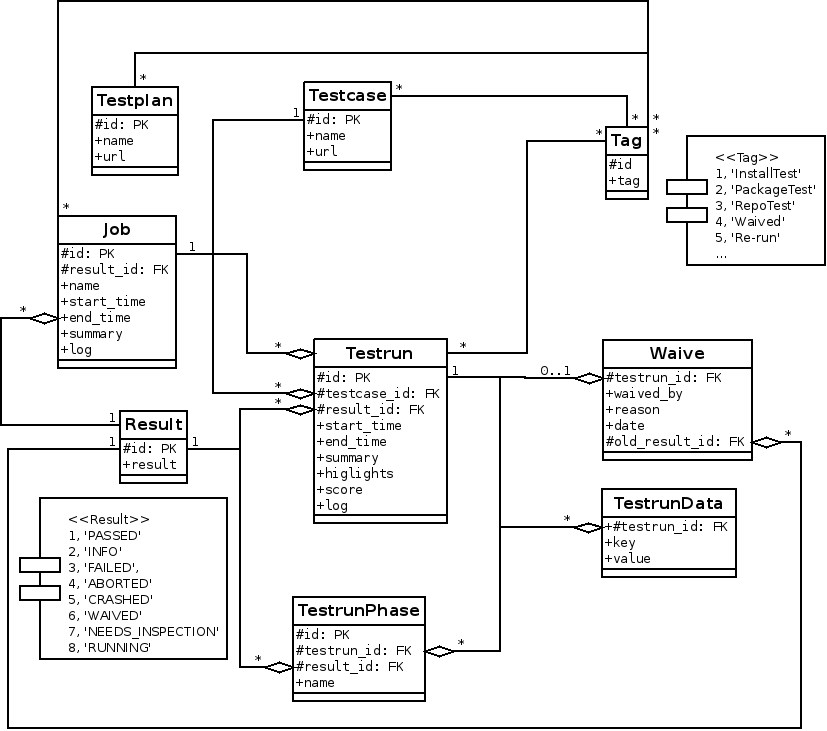 The primary goal when designing the database schema was versatility. The desire was to have the ability to store test data from yet-to-be-created tests in addition to meeting the needs of 'other activities' that may become relevant in the future.

The Testrun table corresponds with a single execution of a test. This table only stores the most common information, common to all current and future tests.

Any data not covered by attributes in Testrun (such as tested package/update, architecture, etc) will be stored in the TestrunData table as key-value pairs. The potential and expected keys for these key-value pairs will be defined by test metadata. It is possible to include information about 'always present' and 'sometimes present' keys [1].

Testruns can be divided into phases (e.g. Setup phase of the test, downloading packages from koji) which are stored in the TestrunPhase table. If the test developer splits the test into multiple phases, each phase has its own result in addition to the global result stored in the Testrun table. Once tests are split up into phases, it will be possible to use test metadata to determine the severity of failures (e.g. a failure during the setup phase is not as severe as a failure during the test phase).

It's safe to ignore this table at the moment
For the immediate future, there are no plans to utilize the Job table in ResultsDB. That table is in the schema to allow for the ability to group several testruns (e.g. rpmguard and conflicts for a specific package). At the time of this writing, this type of grouping is not compatibly with current scheduling methods but the grouping can be easily taken care of with various frontend implementations.