This is a part of FESCo Elections interviews series.

Voting is open to all Fedora contributors. The elections started on January 26th and closes promptly at 23:59 UTC on February 3rd.

Please read the responses from candidates and make your choices carefully. 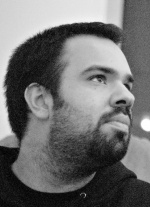 What is your background in Fedora? What have you worked on and what are you doing now?

I am mostly interested in Fedora as a platform for developers and makers. I came to get involved with through my involvement with GNOME as Fedora has become probably the best GNOME distribution out there. I am also interested in making Fedora the best possible platform to build stuff, not just programs but also hardware. Currently I am working on tooling and a management interface to make Fedora Workstation more appealing to system administrators with large dekstop deployments.

Do you think Fedora should be time based or more feature driven distribution? Or compromise?

I think we should stick to time based and be quite strict about it. This massively helps adoption as the most complex deployments can plan in advance when a new version is going to land. I think we (developers) sometimes get distracted by the shiny and new and forget what makes an OS useful for most of the users out there.

I would also like to add that the cadence for the different products should probably be different, I would be in favour of switching Workstation to a yearly release cadence, cloud to a 3 months release and server perhaps to a 2 years release cadence as I think that serves best to each one of the audiences. This of course is my personal opinion and I think that the community should get involved in at least questioning the current cadence independently for each product.

What are the most pressing issues facing Fedora today (from engineering POV)? What should we do about them?

From my point of view there are two major challenges for the future:

The first one relates to a shift in the way software and frameworks are distributed (application markets, the docker container registry, PIP, GEMs...), and it's going to be a tough one to figure out since it might require a shift in the culture of the project if we embrace it.

Care to share a screenshot of your Fedora desktop?

What are your interests and experience outside of Fedora? What of those things will help you in this role?

I have been working on open source pretty much my whole life, started as a FOSS advocate intern at my university (University of Las Palmas de Gran Canaria) promoting FOSS inside the organization and in the regional government, in the meantime I started to contribute to GNOME. Later on I worked for Sun Microsystems and was involved in the open sourcing of several closed source components and the OpenSolaris community for a while, I worked for Codethink as a FOSS contractor for several customers in the mobile and embedded space and finally, before joining Red Hat, I worked for Canonical in the development of the Unity platform for their mobile and phone projects.

I am long time GNOME contributor and I in the recent years I have become interested in the maker community (mostly Arduino and 3D printing).

How can FESCo do a better job communicating with the rest of the Fedora community, or do you feel that FESCo is already doing well here?

My opinion is that the organizational role of FESCo should mostly work as a tool to empower the community and that the community itself should be the one driving the discussions in a organic fashion.

I think that a FESCo seat should be mostly about representing the community's interests rather than my own agenda. I am stepping up as a FESCo candidate mostly to serve the community and bring my experience to the discussion. Therefore I don't think there's anything I could not accomplish outside of FESCo that I should be able to accomplish now.

What degree of leeway do you feel that the Working Groups should have to diverge from one another in establishing their own identity?

This is a tricky question to answer without any specifics, I think the WGs should have quite a bit of leeway as long as their decisions don't harm the rest of the community at large. It all depends on the specific decision and common sense and the least evil should be applied when there's conflict, but I would strongly support letting them figure out what's best for each product as long as that doesn't mean that the three products cannot work together any more.

How would you define the set of criteria for promoting a spin to a product? What about the reverse?

I would only create a new product if there is a target audience that we could not serve by any means with the existing products, for example the Internet of Things is a target where none of the existing products could fill the gap, and if there was a community of people wiling to work on something that could bring tangible value and wanted to serve the goals of the Fedora community in that front, I would support that. On top of that I would not support overlapping products just for the sake of keeping everyone happy, an example of this would be another cloud product but without systemd or something along those lines.

I would only reverse a product into a spin only if there was not enough people to develop it, or if the use case became irrelevant for some reason.

With the advent of Fedora Council now, what do you see as the significance of FESCO in Fedora project?

I think FESCo should mostly focus on the technical decisions that no product WG can figure out on their own and foresee the coordination of those.

How "closely" do you, as a member of FESCO, follow the devel mailing list before voting on FESCO meetings? In other words, apart from your own technical qualifications, what is your typical process in arriving at decisions?

At the risk of oversimplifying my decision process: first I gather as much informed decisions or go to the source of that information myself, and secondly, I try to apply common sense all things considered.

I think that in community drive projects a balance between sense of empathy, technical know-how and mostly common sense is what should drive the discussions. The decision making solves pretty much by itself once you've applied that rules.

Anything else voters should know?

I am from Spain and I don't like football (or soccer for the US readers), so you should be really suspicious about myself.