If you'd like to read this page in Glorious Technicolor (not really, but there are more graphics), visit the Fedora 22 Announcement on Fedora Magazine.

We are proud to announce the official release of Fedora 22, the community-driven and community-built operating system now available in Cloud, Server, and Workstation editions.

If that's all you need to hear, jump over to https://getfedora.org/ to download — or for current users, run the upgrade tool.

In addition to the latest versions of all your favorite free and open source software, Fedora 22 marks our second release with distinctly-targeted offerings for cloud computing, the server room, and the desktops and laptops of software developers and creators everywhere. Thanks to the hard work of developers, designers, packagers, translators, testers, documentation writers, and everyone else, we're incredibly confident in saying that this is our best and most polished release yet.

Also with this release, we return to our traditional six-month cadence — we'll see you back here sometime around Halloween!

Highlights in the Fedora 22 release

Every Fedora release has its own character. If this release had a human analogue, it'd be Fedora 21 after it'd been to college, landed a good job, and kept its New Year's Resolution to go to the gym on a regular basis. What we're saying is that Fedora 22 has built on the foundation we laid with Fedora 21 and the work to create distinct editions of Fedora focused on the desktop, server, and cloud (respectively). It's not radically different, but there are a fair amount of new features coupled with features we've already introduced but have improved for Fedora 22. 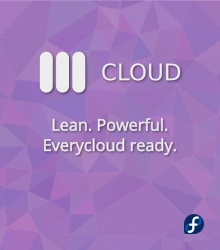 Fedora 22 Cloud edition has a number of interesting updates that should be exciting for users and developers. 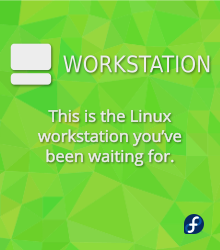 Spins are alternative desktop environments for Fedora, including KDE, Xfce, LXDE, MATE-Compiz, and SOAS (Sugar on a Stick). We have a new website presenting these at https://spins.fedoraproject.org/. Of particular note for F22:

Plasma 5, the successor to KDE Plasma 4, is now the default workspace in the Fedora KDE spin. It has a new theme called Breeze, which has cleaner visuals and better readability, improves certain work-flows and provides overall more consistent and polished interface. Changes under the hood include switch to Qt 5 and KDE Frameworks 5 and migration to a fully hardware-accelerated graphics stack based on OpenGL(ES).

The Xfce spin has been updated to Xfce 4.12. This release has an enormous number of improvements, including HiDPI support, improvements to window tiling, support for Gtk3 plugins, and many improvements for multi-monitor support.

We also have a new site, presenting functional bundles of software which were previously also collected as Spins. Visit https://labs.fedoraproject.org/ for collections focusing on gaming, audio production, robotics, security, and more.

Previously, images for the ARM architecture were mixed into the Spins page. They now have their own home at https://arm.fedoraproject.org/, with downloads for Fedora Server, Fedora Workstation, and for several Spins as well. Note that this currently covers 32-bit ARM; Aarch64 will be released as a secondary architecture later today.

Other changes of note

With Fedora 22, we're introducing a major change under the hood. Specifically, we're now using DNF and hawkey to manage packages. DNF is much like the Yum software package manager (it's largely command-line compatible), but re-written and re-engineered to provide optimal performance and (along with Hawkey) provide a strict API definition for plugins and extending projects. DNF also makes use of the libsolv library initially pioneered by the openSUSE Project to provide faster and better dependency management.

It also boasts a better performance and memory footprint vs. Yum, and is designed to have a cleaner codebase and be easier to maintain.

If you're using the Fedora 22 Workstation edition, and managing packages with the Software Application, odds are you won't notice a difference. Server and Cloud users who fall back on Yum commands will receive a reminder (courtesy of dnf-yum) that Yum is deprecated and DNF is now the default package manager. DNF has been in development for quite some time, so we're confident it's ready for prime time. The classic Yum command line tool has been renamed to yum-deprecated as a transitional step for tools still using it. See Read The Docs for compatibility changes from Yum to DNF in detail.

Fedora 22 comes with GCC 5.1 as the primary compiler suite.

You can start by downloading Fedora 22:

If you are upgrading from a previous release of Fedora, refer to:

Fedora's FedUp utility enables an easy upgrade to Fedora 22 from previous releases. See the FedUp page on the Fedora wiki for more information:

Read the full release notes for Fedora 22, guides for several languages, and learn about known bugs and how to report new ones:

Fedora 22 common bugs are documented at:

This page includes information on several known non-blocker bugs in Fedora 22. Please be sure to read it before installing!