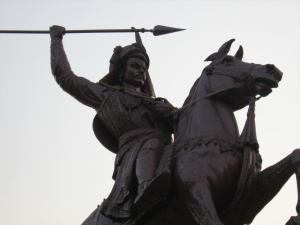 Pune is a vibrant cultural city in the state of Maharashtra, India. It is located about 150 km east-south of Mumbai, the financial capital of India. Pune has a great distinction of being at the forefront in preserving and giving due prominance to the indigenous Maharashtrian culture, theatre, music, education and arts. Pune is known as the Oxford of the East for its rich educational heritage and variety of educational opportunities offered today. 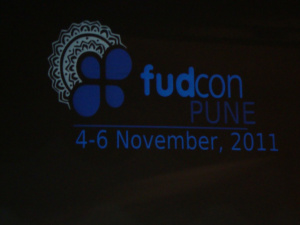 From anywhere else in India

Travelling from elsewhere in India to Pune would cost up to $100 by air, train or road

The closest international Airport to Pune is Mumbai, which is about 150 km away which can be covered as a road trip on the expressway by cab/bus or by train at regular intervals round the clock. Direct flights to and from Pune are operated by various airlines to the following destinations:

Organizers will arrange for transportation between Mumbai airport and Pune.

You can get a Tourist, Business or Conference Visa to attend the FUDCon. An Indian visa is valid from the day it is issued, not from the day you arrive in the country.

The Electronic Travel Authorisation(ETA) facility became operational recently for citizens of over 43 eligible countries[5], including those who are eligible for visa on arrival.

Visa fee depends on the country of origin and nationality of the person applying for the visa. It ranges between 20 - 100 USD.

Auto-rickshaws and call-taxi services are abundant and available. The public bus service is not very good, but we will arrange for transportation for conference speakers and organizers. 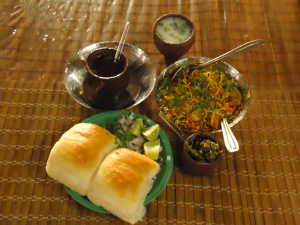 Pune boasts of a wide range of cuisines ranging from international food (like Italian, Chinese, South-east Asian) to various local dishes. Don't miss the famous misal-pav, vada-pav, puranpoli and a variety of other dishes while you are here! Pune caters to food suitable for all palates.

There are various restaurants and eateries near the conference venue as well as accomodation, which are hygenic, tasty and economical.

About MIT College of Engineering (MITCOE) 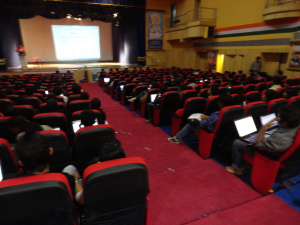 MITCOE is among the top engineering colleges in India and in Pune. They have state of the art facilities, with a large well-equipped auditorium for the main track along with classrooms for parallel tracks. Most importantly though, the college faculty and students have active open source evangelists. MITCOE hosted a Free and Open Source Software event earlier this year called FOSSsumMIT, which was a great success.

We have sponsors for the extra budget requirement.