Brief description of the city. 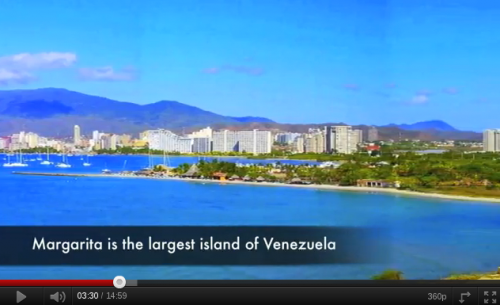 Margarita Island (spanish: Isla de Margarita) is the largest island of the state of Nueva Esparta in Venezuela, situated in the Caribbean Sea, off the northeastern coast of the country. The state also contains two other smaller islands: Coche and Cubagua. The capital city of Nueva Esparta is La Asunción, located in a river valley of the same name in Margarita Island. Primary industries are tourism, fishing and construction. The population of the state is about 440,000.

The Airport is divided into two sections; International and Domestic. International flights leave to Canada, Europe, South America and the Caribbean. Primary domestic routes are to Caracas, Maturín and Ciudad Bolivar.

Private ways of transportation can be used if they are needed.

Simply called 'Maiquetia' by the local population, it is the top international air passenger gateway to Venezuela among the twelve international airports in the country. It handles flights to many important cities in the Americas, the Caribbean, Europe and the Middle East.

Since 2000 the airport has been undergoing major changes in order to meet international standards and to improve passenger traffic, security, immigration areas and customs areas. Security measures have become top priority since the 9/11 events, and now departure areas and arrival areas are completely split into the lower and upper levels of the airport. Maiquetia airport has two terminals: Domestic (D) and international (I).

Estimated costs of flights major airports that attendees will travel from.

This cost can variate / Special prices can be found with Copa

Note: local flights are cheaper to Porlamar. Round-Trip cost ~90us$. This is already added to the costs in the following tables (Conviasa Airlines)