I have completed 4 implementations so far

I have implemented it in GIO and it's to be sent upstream after I do some local tests. After some tests on F11, it seems that there is a bug in GIO

a small issue needs to be fixed in policykit to allow root to mount the media and the 1% will be done.[1]

Since the retirement of pirut in F9, fedora users have no way of making any use of the several installation CDs or the DVD media, there is no package manager front end that support media repos. The current solution is to copy the rpm files and make a locale repo, which is not a simple task for a typical desktop user.

Allow users with no or slow internet connection to make use of the instillation media as a source of packages. 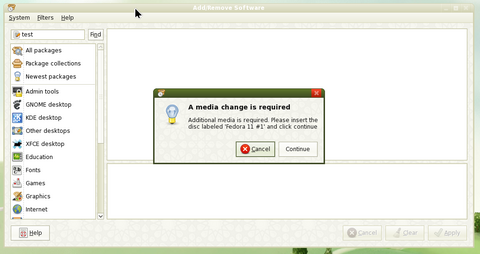 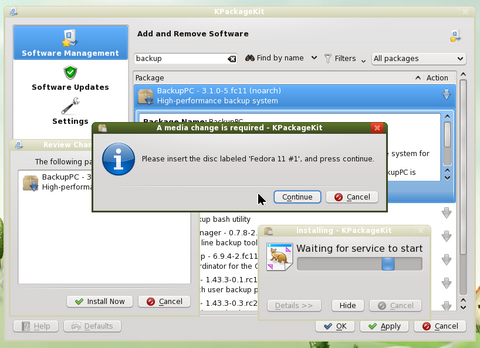 note: gnome-packagekit should be rebuilt. 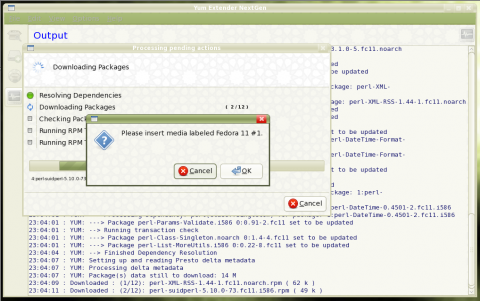 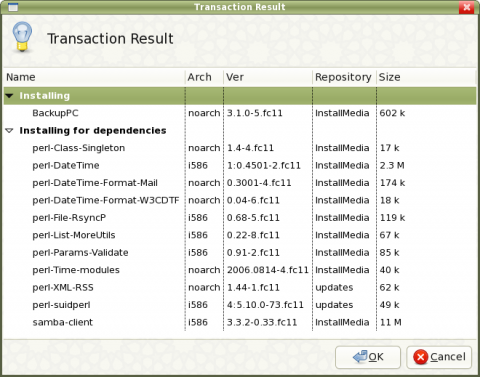 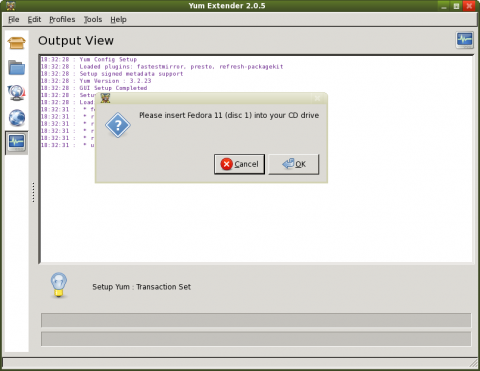 the method is already implemented in pirut it's called pirutCDHandler, but it depends on HAL, maybe we need to port it to DeviceKit.

I made .src.rpm for Fedora 11 available here:

for those who don't want to compile you can find the ready rpms:

PackageKit API now supports media change, it should display "Please insert so and so CD/DVD"