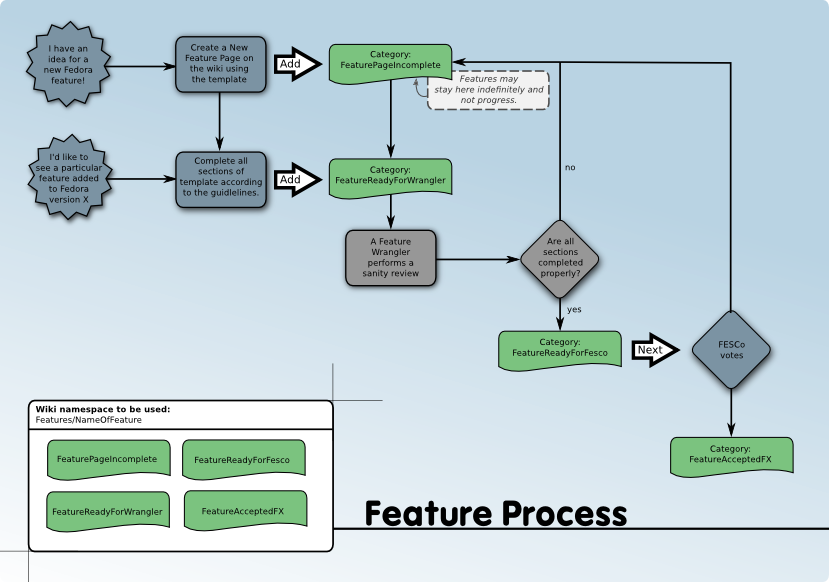 While allowed by the wiki, a feature should only be assigned to one category.
Retrieved from "https://fedoraproject.org/w/index.php?title=Features/Policy/Process&oldid=314485"