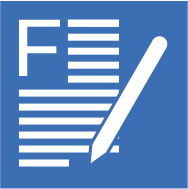 Foreword
A slightly different version of this article was originally posted on various Fedora lists.

It's the half-year mark, a final package set is being spun, blocking problems have been resolved, the sky is blue… People can now focus on Fedora 9 release parties right?

It's time to think of the NEXT version release parties. And how to make the next Fedora version rock so much the parties will be HUGE. In particular, care of issues that will need a full release cycle to mature before the next release.

We're not there (yet)

More than flash or mp3 support we need more fonts, so the text that makes most of our UI renders fine. It does not matter how many cool features the Desktop team adds in the next cycle — if the UI text screams to the user “I hate you” he won't install better fonts manually. He'll switch to a competitor that deploys Fedora-developed features with nice fonts.

The situation got a little better during the Fedora 9 cycle. But we're still badly lagging distributions that have been investing in good font experience for a long time (Debian, Mandriva). And the Fedora 9 effort was produced by few people, that can not scale indefinitely.

The Fedora font wishlist has 31 entries today. Not counting the public font lists it references: only fonts someone explicitly requested. That's more than 2/3 of the total of our currently packaged fonts.

The list is growing, not shrinking. Many entries have half a year (before we didn't tack them).

Clearly a targeted effort by new packagers is required to fix the situation by Fedora 10 time.

Font packaging is not hard:

So here's the deal:

Fonts in Fedora
The Fonts SIG takes loving care of Fedora fonts. Please join this special interest group if you are interested in creating, improving, packaging, or just suggesting a font. Any help will be appreciated.
Retrieved from "https://fedoraproject.org/w/index.php?title=Fedora_10_fonts_packaging_call&oldid=79118"
Category: