For a while now, Clearlooks has been the default theme in Fedora; in fact, for a long time, Clearlooks has been the default theme in a number of distros thanks to its place as Gnome's default. Aiming to give Fedora its own distinct and modern appearance is Nodoka: based on its own theme engine it's extremely fast, and when seen in combination with the rest of the artwork for Fedora 8 is beautiful.

Read on for an interview with Martin Sourada and some screenshots of the theme.

If you enjoy this article, follow the link above and give it a digg :D 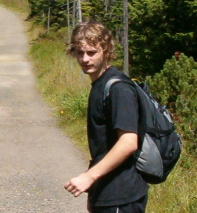 Profession: Student of the General Physics at the Charles University in Prague

What inspired you to want to create a new theme for Fedora's Gnome desktop?

Well, I wrote a review of Fedora 7 for a Czech Linux server [1] and in the discussion someone mentioned that Fedora is graphically inconsistent that there are things that stand out in a not so good way. So, I thought it would be good if we could do something that is nice, Fedora specific and consistent through the whole distro.

At first I had an idea that we'd have same theme for Gnome and for KDE, but time showed that for Fedora 8 it is possible for me, with great help from Daniel Geiger, to prepare only a GTK theme and a Metacity theme. I hope though that in Fedora 9 this will expand to the notification pop-ups and to KDE, if KDE folks would like it, as well. Further beyond it would be great if we can progress in this work more and make Fedora even more consistent - that basically means creating themes for themable applications that are in Fedora, like firefox. We would need for this the Echo icon set as well, as icons are part of a theme.

From what I understand, you've worked to create a new theme engine for Nodoka, based on the Murrine engine? Why did you decide to do this, rather than use Murrine itself, and how successful have your modifications of Murrine been? Do you see a future where your changes might be merged with the Murrine engine or are the differences too significant?

At first I thought we'd use Clearlooks as an engine, but as time went on, I got a completely different idea of how it should look and Murrine engine was the closest. There were however too much differences, like glossy style, that needed tweaking in the engine itself. We decided that the changes are too much for us to expect that they'd be accepted to Murrine. So, now I think I know that the differences are too significant to merge with Murrine, we removed a lot of original code and added a lot of ours, the engines went different ways, if we'd try to merge, it would lead to losses in rendering speed.

Are you pleased with the final look, and do you feel it mixes well with the other elements of Fedora's default look: Infinity, Mist icons etc?

As far as the GTK theme and engine I am quite pleased with it. We managed to create something that has a sense of 3D, it uses soft gradients, the look is pleasant, not too much shiny or glossy - that's what I intended it to be and I am glad that we managed to make it so. The Metacity theme is however another tale. It's simple and fast, but it seems that I went too far with the simplicity. There are still some hiccups that needs to be fixed. I have already in mind some improvements to it and I hope I will have time to incorporate the changes before Fedora 8 release. And yes, it seems to work good both with Infinity and Mist, though I personally think that the best icon set for the Nodoka theme is Echo - it makes it look warmer.

And finally, could you tell us a little bit about yourself? How you got interested in Fedora and free software originally; things you love to do outside of Fedora...?

Well, I am a young man, still full of ideals and study physics at the Charles University at Prague. Apart from it I play the accordion and I like very much classic, especially baroque, music. More lately I grew interested in languages and open source software as well and so I am struggling to learn Japanese and Fedora...

And how I got interested in Fedora and free software? It is hard to tell, it somehow came. At high school we needed to use Windows, but as time went by I grew to like Firefox and OpenOffice.org and noticed that there is a lot of great FLOSS applications out there and because I had some very rough experience with good old Red Hat Linuxes, I decided to try Fedora. I saw that the changes from old Red Hats were huge, that Fedora is actually very usable and very nice and I decided to stay. Never since I have regretted. 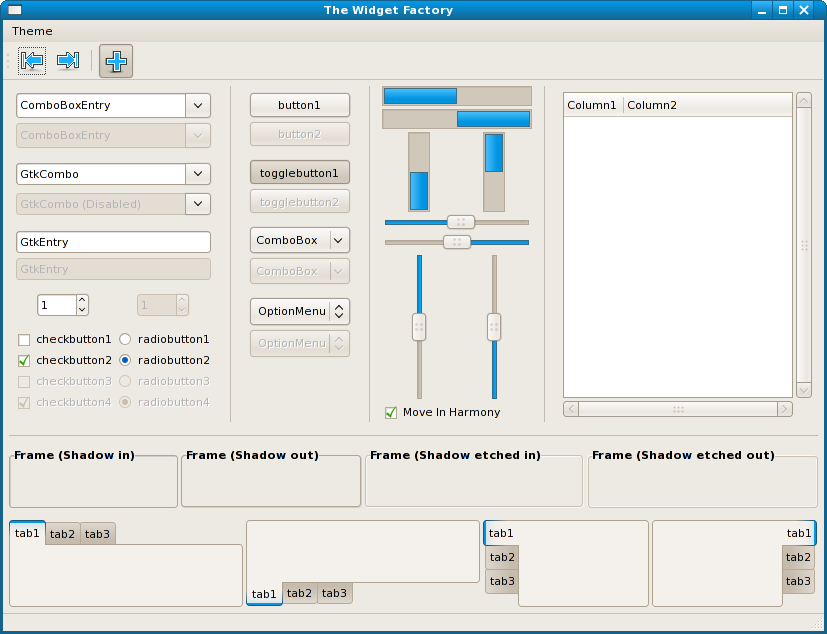 The "Widget Factory" showing off all of Nodoka's features

There's a few ways you can try Nodoka: get yourself a copy of F8 Test 2 at the get fedora page , or visit Nodoka's upstream page.