The main aim of this test was comparison of syscall count, tick count, read/written bytes when performing the same task on virtual 32-bit and 64-bit machine.

We used VirtualBox OSE and KVM to perform this test. All virtual machines run on the same physical machine (not simultaneously) in the same configuration.

Virtual disks conversion
The tests were run on VirtualBox machines at first. After that, the virtual disks were converted to QEMU format (qcow2) and used in KVM - to have the same installation.

Guest Additions for VirtualBox
Absence of Guest Additions has great influence on guest system performance especially when running 64-bit guest. If you are going to verify this test or create similar, don't forget to install Guest Additions before.

The results were measured using scomes (SystemTap script) which can be found in tuned-utils package. However we used the newest GIT version [1].

The test run 10 times in sequence. Clean caches, dentries and inodes were dropped before each run:

The measured task was building squid RPM package from src.rpm: 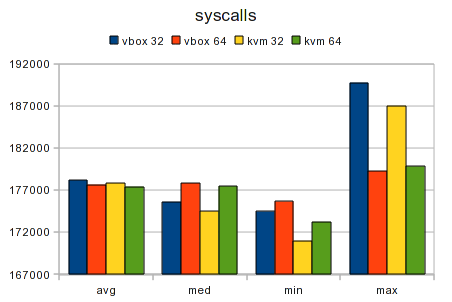 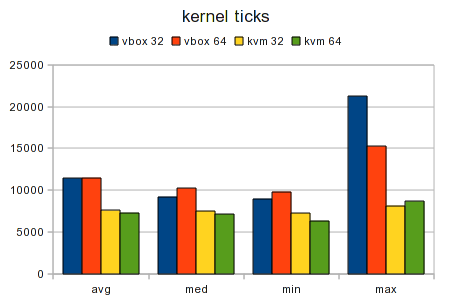 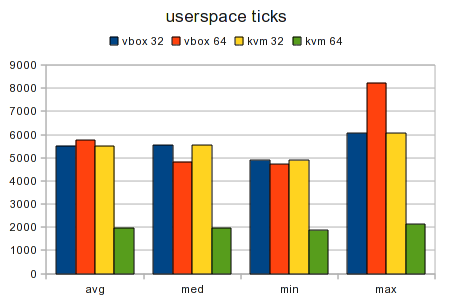 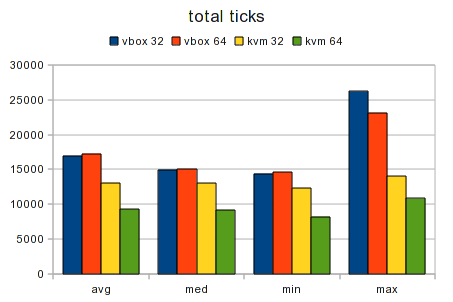 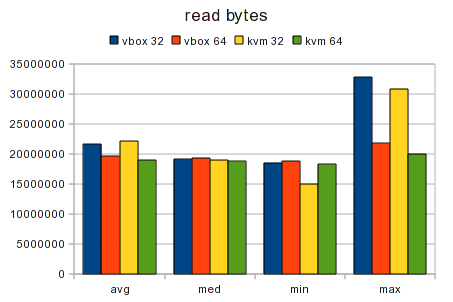 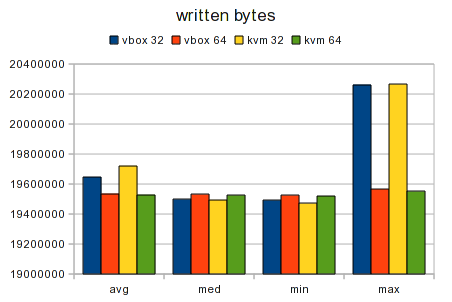 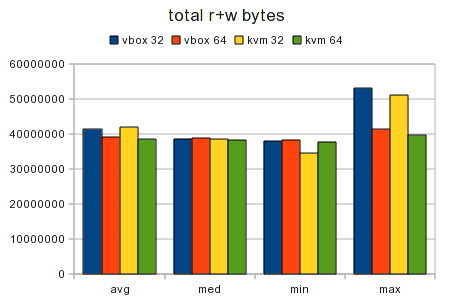 According to the graphs the most stable results are provided by KVM 64-bit.

If we consider the average results to be predicative, it seems that there is almost no difference in syscall count between the architectures and virtualization tools.

The difference in read/written bytes on both virtualization tools is not wide (as we expected). There is only i difference between 32-bit and 64-bit system. It seems that the second one is a bit better in read byte count.