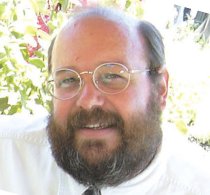 I do not currently have any duties in the Fedora Project. Formerly, I have done the following:

I can be reached at lcafiero-at-fedoraproject-dot-org or at larry-dot-cafiero-at-gmx-dot-com. My IRC handle is lcafiero and usually I can be found at the following IRC channels in FreeNode: #fedora-ambassadors, #korora, #lindependence. If you need to reach me immediately, I am at 1-831-335-4883 or 1-831-706-3299 -- one of those numbers will likely ring where I'm at (no, I don't have a cell phone). I live in the Pacific time zone in the United States, which is -8 from GMT (-7 during Daylight Savings Time).