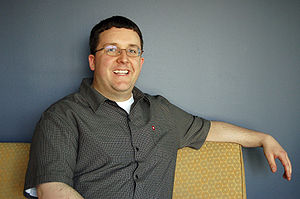 Paul W. Frields has been a Linux user and enthusiast since 1997, and joined the Fedora Project in 2003, shortly after launch. He was a founding member of the Fedora Project Board, and has worked on documentation, website publishing, advocacy, toolchain development, and maintaining software. He joined Red Hat as Fedora Project Leader from February 2008 to July 2010, and remains with Red Hat as a senior engineering manager. He currently lives with his wife and two children in Virginia.