Fedora has a lot of local community websites. A somewhat recent addition to the mix is Fedora's local community domain program, whereby a local Fedora community can obtain a *.fedoracommunity.org domain to point to their self-hosted website.

In the midst of a thread on the advisory-board mailing list, it became clear that it would be a good thing to have a single place where folks seeking out their particular local Fedora community could go to find it, rather than searching in multiple | places for their community. In the thread, a Fedora Infrastructure ticket to this end was also referenced.

The work so far

Matt Domsch created | the barebones portal page for this directory that is up on fedoracommunity.org now, | asking for assistance in making it a nicer-looking site. I posted an initial mockup for feedback in reply</a>, and since then [http://duffy.fedorapeople.org/webdesign/fedoracommunity.org/ have iterated a few times based on the feedback I've gotten. I've been working with Sijis Aviles, who very quickly took my early mockups and produced a first cut at an HTML/CSS version of them.

A few design decisions have been made throughout this process that you might want to be aware of:

(The countries have been split up by continent because there are quite a lot to list on one page, and the continent to which a country belongs nor the shape of the continents of the world are not so controversial.

All mockups are contained in the following source file: 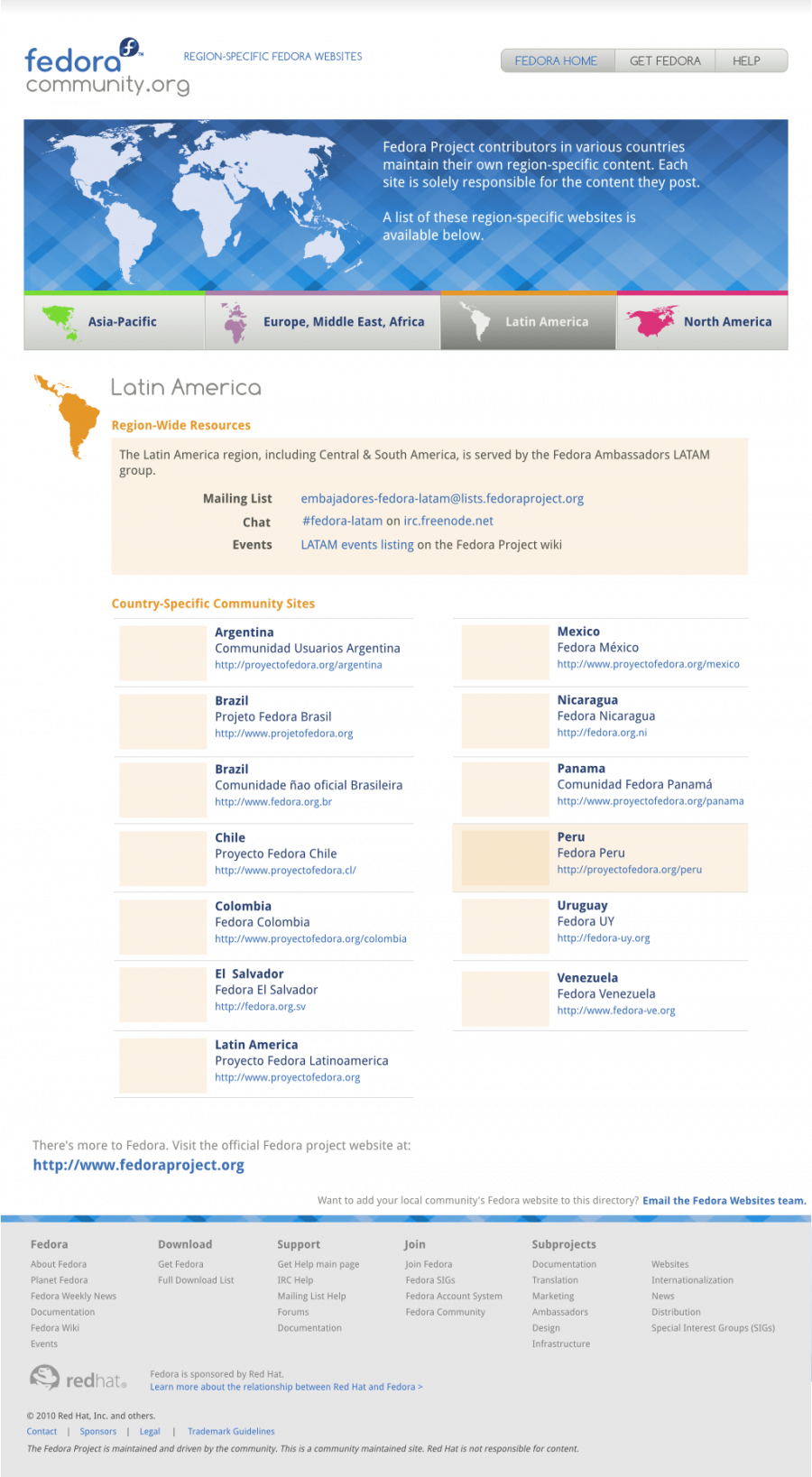 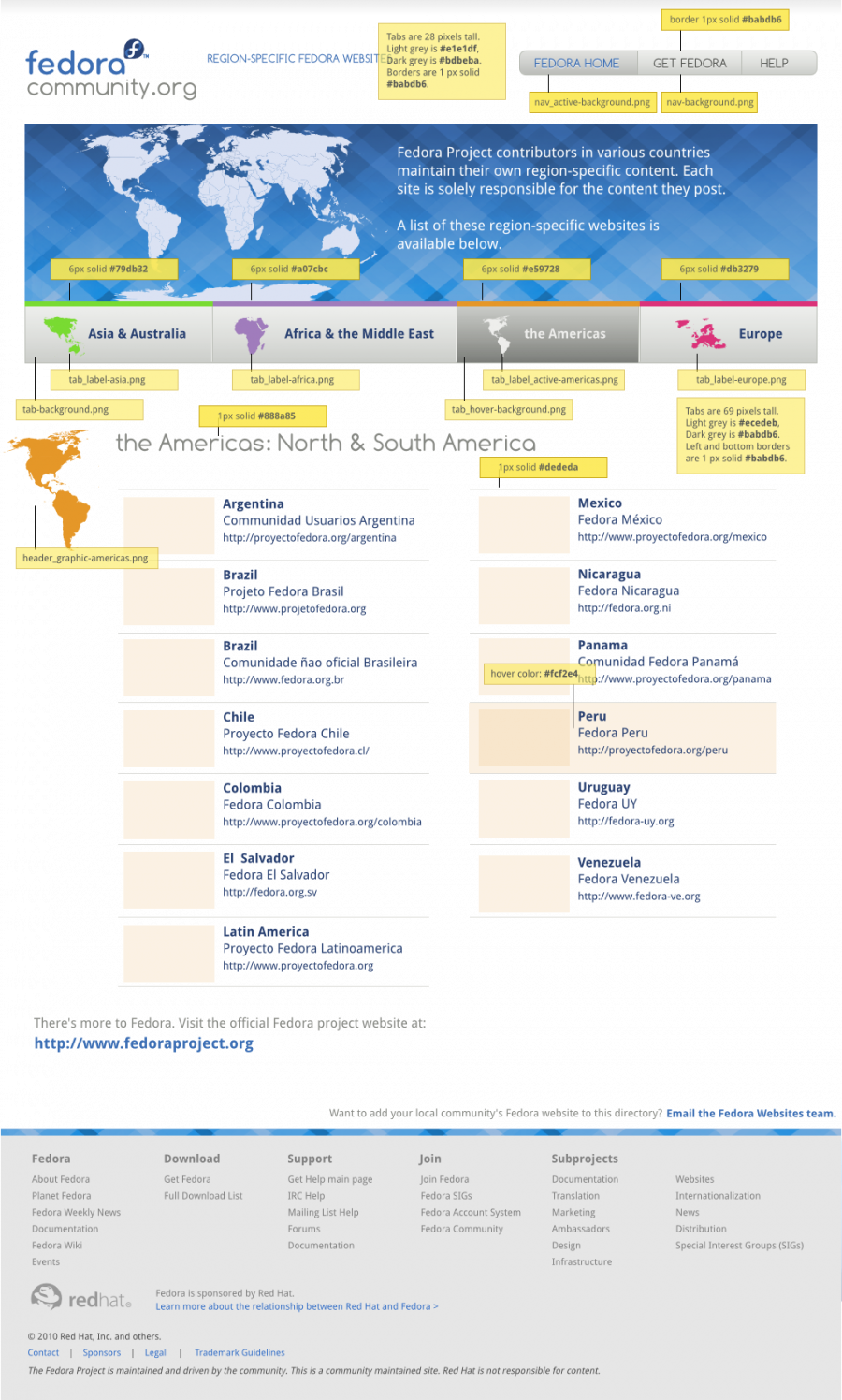