Update the Deepin Desktop Environment to 15.11 in Fedora.

Update Deepin Desktop in Fedora to the newest upstream, which is 15.11.

Fedora stays in sync with upstream and gets the latest features and bug fixes.

No impact should happen to current users except the bugfixes.

Install or update your Deepin Desktop on Fedora, make sure that the desktop and all apps are usable.

There are some improvements. 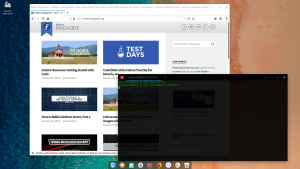