This page was last edited on 25 May 2013, at 02:37.
From Fedora Project Wiki
File:FedoraEvents Header EventN1.png

Cuzco, or Cusco (recent official spelling), is a city in southeastern Peru, located in the eastern slopes of the Andes, in Huatanay River Basin, a tributary of the Vilcanota. It is the capital of the department of Cuzco and also declared in the Peruvian constitution as the historical capital of the country. The city of Cuzco as the National Institute of Statistics and Informatics is the seventh largest city in Peru and in 2007 housed a population of 348,935 inhabitants. It was formerly the capital of the Inca Empire and one of the most important cities of the Viceroyalty of Peru. Declared a World Heritage Site by UNESCO in 1983, is often called, due to the large number of monuments which has, as the "Rome of America". 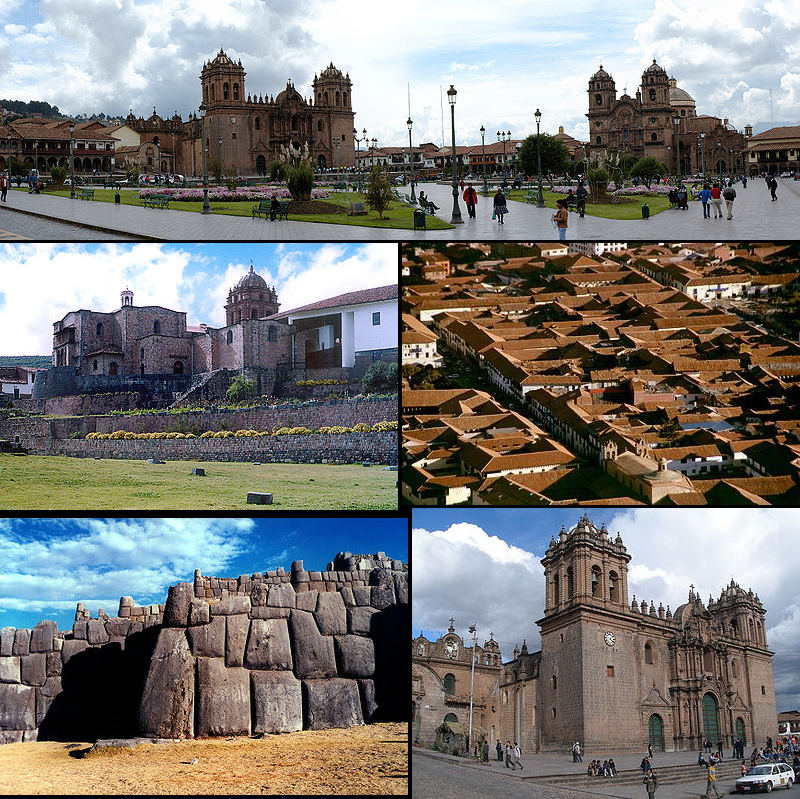 Major local airports and their distance lodging and venue.

International Airport Teniente Alejandro Velasco Astete is located in the city of Cusco, the city's biggest tourist attraction in Peru. Receives flights from some parts of Peru and some international flights. Their tracks are fully paved. Today it continues to operate with a limited schedule of flights due to its dangerous location being in the middle of the city. Despite that the airport was used by 1,288,200 passengers in 2009, according to statistics CORPAC. This figure makes it the second most used air terminal Peru after the Jorge Chavez International Airport in Lima. Currently under evaluation is also a proposal to implement nighttime visual aid to allow the takeoff and landing of aircraft at night. 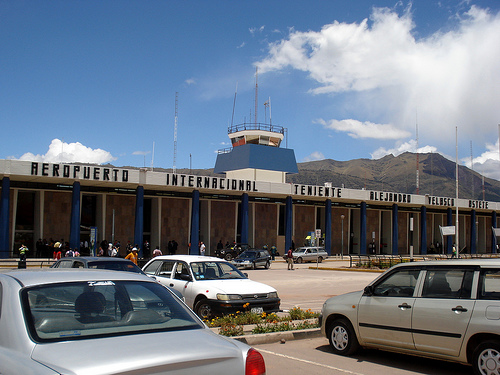 Distance from airport to lodging. 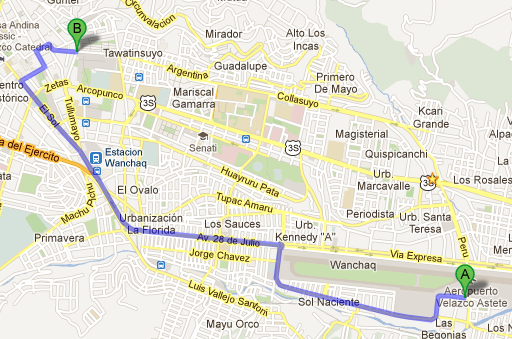 The city has public transport buses, minibuses and taxis. The public transport (buses and minibuses) will cost $ 0.25 per person and the taxi service has an average cost of U.S. $ 1.4 per race being the maximum of up to U.S. $ 3.8. 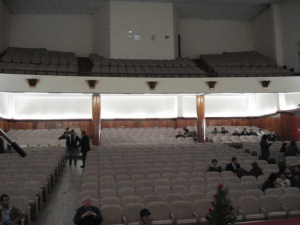 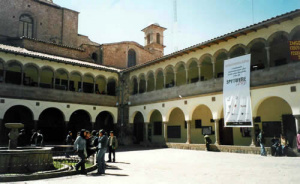 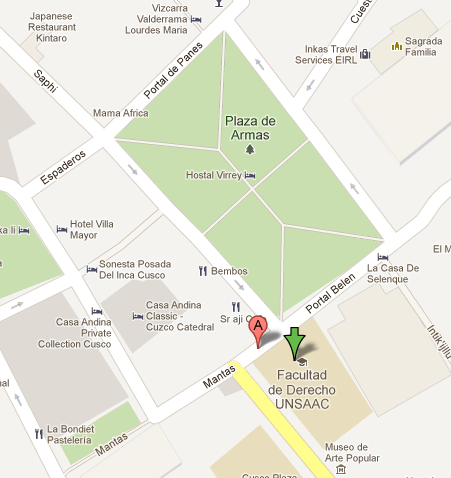 The Faculty of Law and Political Science is based at University Auditorium and their classrooms, therefore has free wireless internet access with the ability to place access points to improve the signal inside the auditorium and Grades Hall.

The proposed hotel is located 10 minutes from the University Auditorium and the main square. The room costs are detailed below:

There are many restaurants serving novo-Andean food near the proposed sites, some of these restaurants offer extra activities like a workshop of pisco sour (national Cocktail of Peru).
There are also the so-called traditional Peñas are also close to the city center, offering some of the food and musical entertainment.